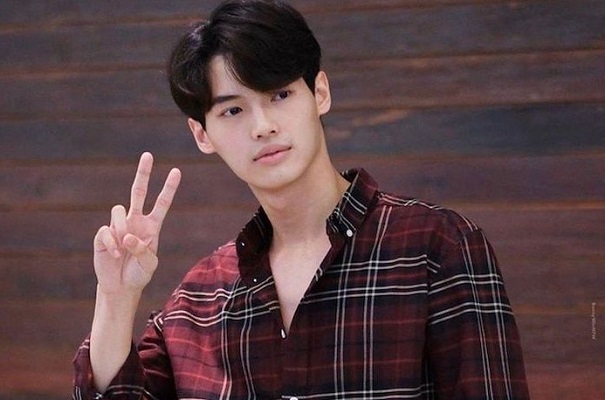 R̠o̠l̠e̠: he plays The role of a student named Tine who wants to get rid of a gay admirer. His friends recommend getting a pretend boyfriend – Sarawat (Bright Wachirawit).

He completed his secondary education at Panyarat High School where he had the opportunity to become an international exchange student at Belmond-Klemme Community School District in Iowa, United States. During his time as an exchange student, he became a member of the school band’s percussion choir where his group received a superior (Division I) rating. He also passed the General Educational Development (GED) examination upon his graduation. Currently, he is taking up a bachelor’s degree in economics (international program) at Thammasat University.